How to be a great leader with Jim Gavin

[Jim Gavin, aviator, military commander and football manager joined us for our lunchtime leadership session where he was the keynote speaker].

When Zoom fires up and the intros are done, Jim Gavin joins us on screen. Our attention is immediately drawn to his background image, which is a huge Airbus A380 aircraft. The session we were hosting is titled ‘Getting Back on the Pitch and Getting Your People Going Again” and Jim quips that his goal is getting this aircraft going again and back in the sky.

And just like that he has made himself hugely relatable to us and we realise that like many on the call his industry (aviation) has undergone significant upheaval through the pandemic and he also wishes for things to get going again.

Here are some of the key takeaways from Jim’s talk.

Most participants in the session know Jim as the record-breaking, 5-in-row All Ireland winning Dublin manager. I’m sure people joined the webinar hoping to take away some nuggets of how he came to have such success.

Many of us were unaware that Jim has also had an impressive career in both the military and aviation industries, where he still works and holds a role as Assistant Director of the Aviation Authority.

Another important role Jim holds however is within his family as a father and husband and even though he is best known as “Dublin Manager’ that role actually came in third behind his day job and family. That was one of the biggest insights into the leadership style of Jim Gavin. He leads by example and puts his own wellbeing first.

As Dublin manager, he was hugely cognizant of the fact that all the players were participating in an amateur sport, and for that team to be successful the wellbeing of each of those players depended on giving them the freedom to attend a family christening, take their exams or whatever the case may be without feeling like they were making a wrong choice. Jim called this freedom to prioritise, the Performance Trinity. As Jim modelled through his own behaviours, it was family and professional/work commitments before the pitch.

Tip for Managers and Leaders - In your own teams discuss how you could adopt the Performance Trinity model to help your teams manage their wellbeing.

Like many great leaders, Jim is always seeking knowledge. Some of this knowledge he gleans from books. He referenced the influence philosophy particularly stoicism has had on his leadership style as well as learnings from the great Victor Frankl, author of Man’s Search for Meaning and social psychologists like Douglas McGregor but much of his learnings have come from mistakes. And not only his own mistakes.

The aviation industry is grounded in “Just Culture”. Jim told us that in a “Just Culture”, there is an atmosphere of trust in which people are encouraged, even rewarded, for providing essential safety-related information so coming forward with mistakes is encouraged and it is accepted that humans make errors.

He said, “In the aviation industry, an accident anywhere in the world is my accident too, we must always seek out learning so as to take the appropriate action to prevent the repetition of such events”.

Tip for Managers and Leaders - In your organisation is there a Just Culture? How can you build one?

When asked by a participant on the call how to deal with underperformance in certain employees Jim again applied this same sense of ownership of mistakes. The failure or underperformance of any team or individual rests with the leader.

Instead of assigning blame Jim as a leader owns it fully, the buck stops with him. If someone is not playing to the best of their ability or performing below the standard then they did not clearly understand their role or what was expected of them.

When we think of the interaction between a sports team and their manager many of us conjure up an image of a team huddled closely together, eye contact strong, body language visible. However, when asked about his advice for remote management Jim reminded us that when it comes to the playing field, the manager is always remote on the sidelines. The players cannot hear you or see you gesturing. All of your work must be done before then setting a clear vision and empowering senior players to step up and be autonomous. Jim frequently delegated pre-match talks to these senior players while still setting the all-important vision and performance standard.

Tip for Managers and Leaders - Think about your team, is each member clear on their role and aware of the performance standard required?

For many on the call, one of the key takeaways was when Jim spoke about the decision-making framework he leans into which is borrowed from the military called the OODA model. He reminded us of the well-known adage “Battle plans will never survive the first contact with the enemy” and OODA which stands for Observe, Orient, Decide and Act comes into play here. Right now, we are all living in a volatile, changing world and OODA lends itself well to this.

Tip for Managers and Leaders - Think of a situation that you have been in where the OODA model may have been useful?

#5 Great leaders know performance is not just about skills

As the call came to an end we are all feeling that Jim is a really great and nice guy. Much of what he is telling us after all is consistent with being ‘nice’ for example letting players off to do exams or go to family events without qualm and inviting players’ families to post-match dinners and buying Easter eggs for all the kids. However, Jim himself bursts that bubble by reminding us that he was not doing it simply to be a nice guy. His only motivation and intent were to help the players to be their best and to shine a light on each and every one of them. Mindset and wellbeing might be intangible or hard to measure but can play a crucial role in the performance of any team member regardless of the pursuit.

Tip for Managers and Leaders - Think about your own wellbeing initiatives, how closely linked are they to the intent of the leaders or organisation?

As the close of the call, Jim thanks each member of the PepTalk team and remembers us all by name. And so we still believe he is a really nice guy.

If you'd like to read some more about leadership, check out our Leading Remote Teams Toolkit. 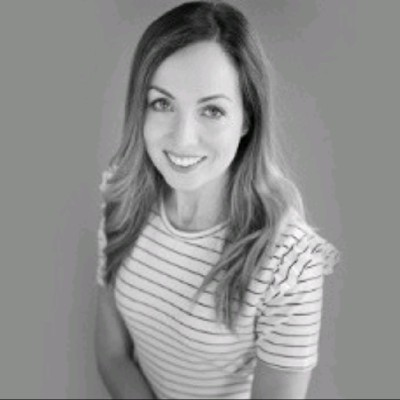 View all posts ›
Anne-Marie Scully
Business Development Strategist @ PepTalk
Follow on
TwitterFacebookLinkedInWebsite
Join the conversation
Let's make work better! Sign up for our Newsletter here.
Thank you! Your submission has been received!
Oops! Something went wrong while submitting the form.